Does Workers’ Comp Cover Work-Related Accidents Outside The Workplace?

Most states in the U.S. require all employers to carry workers’ compensation insurance to cover employees in case of work-related injuries. What if a worker is injured in an accident that occurs at a location other than the job site or workplace? Generally, if the employee was acting in the course of his or her employment when the accident occurred, the incident will be covered by workers’ comp.

When Are Accidents Work-Related?

Was The Employee On The Clock?

If a company employee driving to visit a client on the clock was injured in an automobile accident en route, that employee would likely have a workers’ compensation claim. On the other hand, a worker who was injured in a traffic crash while driving to the factory before clocking in the morning probably would not have a valid claim, because he or she was not carrying out job duties at the time of the accident. Commuting to or from work is not considered to be in the course of employment.

The same principle would apply if an office worker slipped and fell on a patch of ice on a city sidewalk while walking to a restaurant during her lunch hour. However, if she was injured when returning to the office after running an errand that was requested by her employer, her injuries are likely to be covered by workers’ comp. As a rule of thumb, if an employee is being paid for what he or she is doing and is injured while performing those duties, workers’ compensation coverage applies.

Employers often sponsor company holiday parties, picnics, softball or volleyball games, and other team-building events. In some, but not all, states, an employee injury that occurs at such an event is considered work-related and covered by workers’ comp. The accident may be covered if the event was company-sponsored and employees were expected to attend.

Areas Outside The Main Workplace

Workers can be injured after leaving or before arriving at the main workplace in areas that are under the control of their employers. These areas often include parking lots and walkways for which the employer is responsible. If the company owns or pays taxes on the area, or pays a third-party to maintain it, the area is considered employer-controlled. An employee injured in such an area would likely have a workers’ compensation claim.

Exceptions To The Rule

Although workers’ compensation rules vary from state to state, certain situations are typically not covered by workers’ comp insurance, even when they occur on the job and in the workplace. These exceptions include injuries caused by drug or alcohol use. They also include worker injuries sustained because of horseplay or fighting. 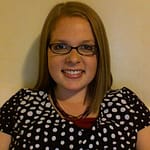 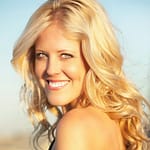 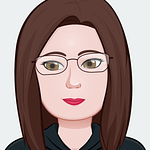 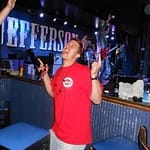 I would highly recommend his service to anyone...Justin F., Nashville, TN
See All ReviewsSee All Reviews
Home > Insurance Blog > Does Workers’ Comp Cover Work-Related Accidents Outside The Workplace?